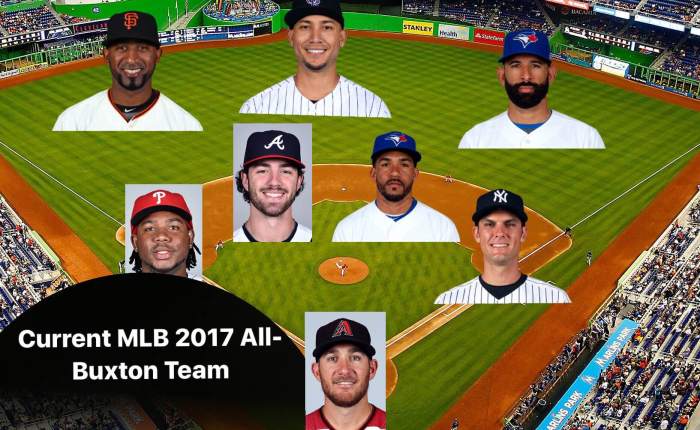 I know I know I know I know shut up, shut up. It is a small sample size. However! :::::Finger Pointed to the Sky:::::::  Since the 2017 All-Star Team Ballots are now open I thought it cute and unfair to look at which players have hurt their teams the most so far. The worst players of 2017. The All Buxton Team.

Remember in 2015 when just a few weeks before the All-Star Game 8 Royals were on the starting team? Everyone was freaking the fuck out because Omar Infante was set to cement his legacy next to Joe Morgan and Robinson Cano. Well this team could just be the 2017 Royals. With Alex Gordon, Eric “Bottle-service” Hosmer, Alicides Escobar, The new Omar Infante, and their 3rd baseman who is so bad the fans call him a Moose! They are dead last in Baseball (by a lot) with 97 runs scored this season. They would make a great Buxton 2017 Team. Unfortunately though as much as I love bashing the Royals (Met pain?) Not one Royal made the team.

Here is the team, as we stand today Mid-May 2017 of players who have been the least valuable: